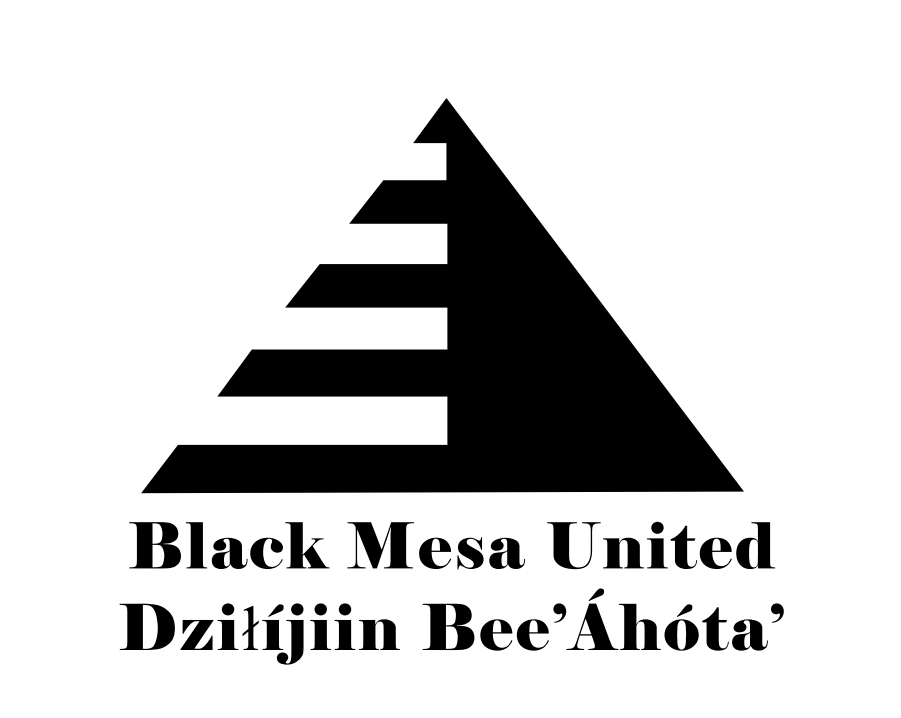 In December 2005, the Black Mesa Kayenta Mines Leasehold Area Land Use & Community Development Plan was completed by JJ Clacs. In January 2007, the Black Mesa Review Board (BMRB) made it their goal to implement the Black Mesa Kayenta Mines Leasehold Area Land Use & Community Development Plan. On November 24, 2008, BMRB hosted a meeting for Black Mesa Peabody Western Coal Company (PWCC) leasehold area residents to promote the establishment of a self-governance organization. Each sector was encouraged to start meeting and to elect officers. As a result of many grassroots meetings across the sectors, Black Mesa United-Dzilijiin Bee Ahota (BMU-DzBA) Incorporated was created on November 15, 2009, and officially incorporated under the Arizona Corporation Commission on December 22, 2009. The statutory agent is Sacks Tierney in Scottsdale, AZ. In January 2009, a focus group made up sector leaders was established. BMU-DzBA Inc. applied and received a Navajo Nation Corporation Code Certificate of Authority on March 30, 2010. BMU-DzBA Inc. has a draft set of bylaws which are being finalized. After the bylaws are finalized, BMU-DzBA Inc. anticipates filing a 501(c)(3) non-profit application, preferably in 2011.

Black Mesa is not black and it is not a mesa. It is four thousand square miles of ginger-colored plateau land in northern Arizona, a distinctly elevated landmass the shape of a bear’s paw. On a map, the Black Mesa coal field looks like an inkblot on a Rorschach test, following the contours of the Pleistocene lake it once was. Over thousands of years, the vigorous forests and plant life embraced by the lake decayed into a bog which in turn hardened to coal-some twenty-one billion tons of coal, the largest coal deposit in the United States.

Until 1969, the coal lay untouched and so close to the surface that the walls of the dry washes glistened with seams of shiny black. With a long-term value estimated as high as $100 billion, it lies completely under Indian reservation lands, for Black Mesa is also home to some sixteen thousand Navajos and eight thousand Hopis. In 1966, the Hopi and Navajo tribal councils-not to be confused with the general tribal population-signed strip-mining leases with a consortium of twenty utilities that had designed a new coal-fired energy grid for the urban Southwest. Under the umbrella name WEST (Western Energy Supply and Transmission), the utilities promised more air conditioning for Los Angeles, more neon lights for Las Vegas, more water for Phoenix, more power for Tucson-and for the Indians, great wealth.

Today, thirty years after the strip mining for coal began, the cities have the energy they were promised, but the Hopi and Navajo nations are not rich-that part of the plan proved ephemeral. Instead, Black Mesa has suffered human rights abuses and ecological devastation; the Hopi water supply is drying up; thousands of archeological sites have been destroyed; and, unbeknownst to most Americans, twelve thousand Navajos have been removed from their lands-the largest removal of Indians in the United States since the 1880s.

In the following pages, I want to untangle what went wrong on Black Mesa. When you look at the map of Arizona on this page, you see a series of lines radiating out from the Black Mesa coal field. Each line represents the enormous political and economic powers that have shaped the contemporary reality of this region. And yet, for twenty-five years, the American press, with few exceptions, has presented the Black Mesa story as a centuries-old land dispute between two tribes. The story that has not yet emerged is about the syndrome in which transnational corporations take and exploit indigenous lands with the cooperation of host governments. I want to hold up Black Mesa as a domestic example of that global syndrome, and I want to ask why our free press has largely been unable, to tell the truth about Black Mesa.


Donate $12 to receive Documentary Promo Clip featuring stories from elders impacted by coal mining and their inspiration story of survival and hope.

Or download the form and send a check payable to "Black Mesa United".